Our first (and hopefully not last) time in Vietnam was packed with bus rides, car rides and lots of exploring on foot. Although not nearly as enormous as India , Vietnam is the 13-most populous country in the world (2014).

In our six weeks there we visited every major city and saw all of the really big sites. Yes, it was a flying visit. Of course, we managed to see a few lesser-known sites as well as enjoy the local culture. Specifically, we arrived in the airport at Hanoi, went all around in the mountainous north, through the centre of Hue and Da Nang and down to the delta and Ho Chi Minh City (formerly Saigon), where we flew out.

As a country that’s seen it’s share of hardship in the not-too-distant past, what impressed both of us was how proud and strong the people were. There was an optimism in the air, though more reserved than that of India. In common they have the same self-determination and hard-workingness. 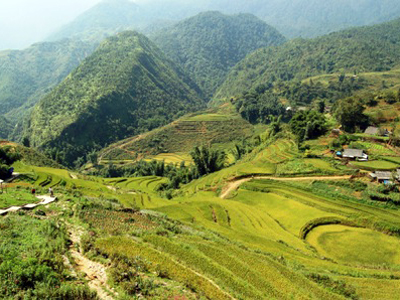